END_OF_DOCUMENT_TOKEN_TO_BE_REPLACED

One notable response to the industry culture was Lil’ Kim’s 2000 song “Suck My Dick,” an aggressive ur-feminist reaction to the breed of mainstream hip-hop culture that glorifies sexism and objectifies women. On “Suck My Dick,” Lil’ Kim delivers a harsh response in the same vein as the sexist lyrical mode she emulates. She pulls out all the same tropes—glorification of her genitals (“Imagine if I was dude and hittin’ cats from the back/ With no strings attached / Yeah n***a, picture that! / I treat y’all n***as like y’all treat us”) and demands of oral sex and money (“All I wanna do is get my pussy sucked / Count a million bucks in the back of an armored truck”). END_OF_DOCUMENT_TOKEN_TO_BE_REPLACED

The hipster, too, has its origins in appropriation of both African American and other cultures—something Norman Mailer first noted, but which Watsky does an effective job of illustrating. “Hummus, hummus, I’m getting hummus, hummus,” he chimes at the zombified hipsters lounging in the park, practicing Spanglish at the taco truck. Watsky and the video hipsters’ adoption of keffiyehs—a symbol of Palestinian resistance that became completely stripped of meaning after its hipster appropriation, on ironic par with Che Guevara shirts—illustrates the same kind of cultural forgetting. END_OF_DOCUMENT_TOKEN_TO_BE_REPLACED

In the inaugural (and my favorite) video from the “Mike’s World” series, “Secret Horror,” we are treated to scenes of Mike whining over spilling his bridge mix (his favorite snack), being overwhelmed by appliances that gnaw at his attention, and getting abducted by sheet-wearing ghosts—themselves manifestations of the ghosts in the television to which he is addicted. END_OF_DOCUMENT_TOKEN_TO_BE_REPLACED

Now, I’m not about to say that she shouldn’t have known better or that lyrics by a fifteen-year-old are excusable—not to mention the number of other industry workers and executives involved with the song’s production, marketing, et al—because white folks need to be held accountable at every level. But the fact that the song was written not by an American white person, embedded in the particular set of race relations that in part gave historical rise to hip-hop as a cultural form, but by a New Zealander should give us pause. The racialized content of the song reveals the United States’ global cultural imperialism—in how it exports an American version of whiteness, with its sites of racial conflict. Indeed, another arm of that same global imperialism may be responsible for her hometown, at a cultural margin, being “torn up.” END_OF_DOCUMENT_TOKEN_TO_BE_REPLACED

The populist genre of the 1960s and 1970s was folk music. When Neil Young or Joan Baez took the military-industrial complex to task, they strummed and crooned about it; in a sense, their aching voices were the voice of the sixties, a peaceful, critical call-to-arms.

Does it make sense that, nowadays, it would be nü metal?

END_OF_DOCUMENT_TOKEN_TO_BE_REPLACED

In 1995, two years prior to his death, poet Allen Ginsberg published “Ballad of the Skeletons” in The Nation magazine. The poem, a scathing condemnation of Newt Gingrich’s America, received attention from other aging artists, including Philip Glass, Paul McCartney, Lenny Kaye and the considerably younger filmmaker Gus Van Sant. With rallying, Ginsberg was able to convince the four of them to work on producing a song and eventually even a music video to accompany. END_OF_DOCUMENT_TOKEN_TO_BE_REPLACED 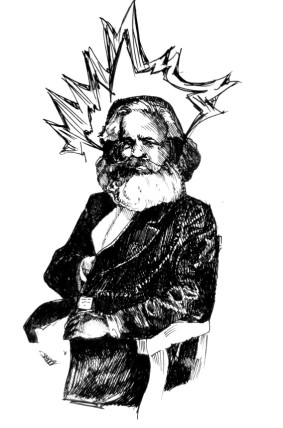 PopFront is proud to introduce Marxist Mixtape, a regular series about music, culture and politics. The goal of Marxist Mixtape is to cover individual songs from any era or genre that could constitute a contemporary popular front; that is, music that contains some progressive or leftist content, even if it’s just a blip or a few lyrics.

Pieces are short (2-6 paragraphs) and include a link to the song, usually on Youtube. For every 10 songs reviewed, we will create a Youtube playlist—an online mixtape that you can jam to from any computer, tablet or device with an internet connection.