Join Author and Photo-Journalist David Bacon on September 12th from 6-7 pm at 2521 Channing Way in Berkeley. He will be talking about his new book “In the fields of the North”. The book highlights the hardest-working and most disenfranchised laborers in America. This is the time to learn more and stand in solidarity with the Latino community. This event is free and open to the public. 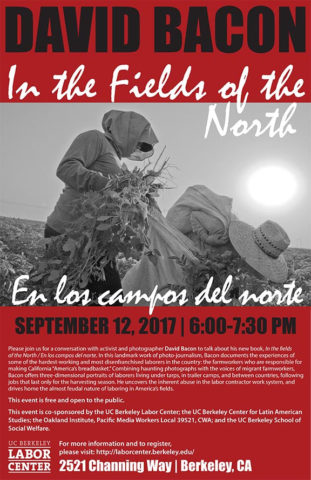 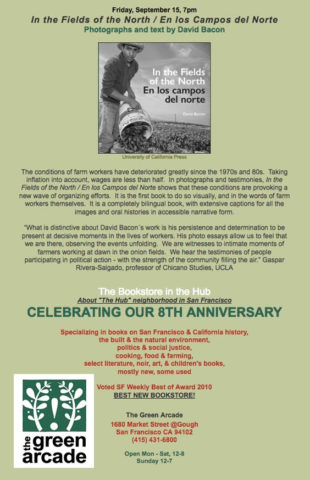 While San Francisco prides itself on being one of the most environmentally conscious cities in America, a lot of unnecessary materials still end up in the landfill because we either don’t know how to sort or we fail to see the real value in what we toss. According to Recology San Francisco, the city’s primary resource recovery company (which is also worker-owned), 1,400 tons of landfill-destined waste are collected daily from San Francisco residents in Recology’s well-known green, white, and blue trucks that sport “Sunset Scavengers” on the sides. Additionally, 600 tons of compostable materials (green bin) and 600-700 tons of recyclables (blue bin) are collected daily. END_OF_DOCUMENT_TOKEN_TO_BE_REPLACED

Two grand juries that failed to indict police officers for the murder of unarmed black men—Mike Brown of Ferguson and Eric Garner of New York—have spurred to action a burgeoning movement against systemic racism and police violence in the United States. (Solidarity protests have since spread worldwide.)

The number and breadth of protests in any region is difficult to coordinate and organize, but we’ve found a number of resources for finding local protests in the Bay Area. (Note: This post will continue to update as new information is available.) 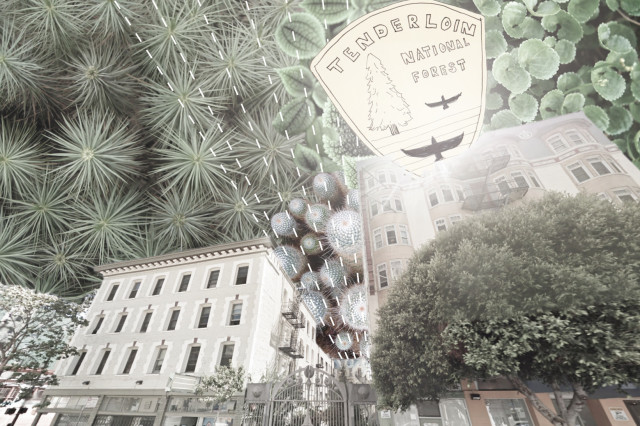 END_OF_DOCUMENT_TOKEN_TO_BE_REPLACED

The term Popular Front refers to a coalition of activists and artists.  In the labor era, the Popular Front in the United States included artists, writers and filmmakers as diverse as Pete Seeger, Jack London, Woody Guthrie, George Bernard Shaw, Frida Kahlo and Charlie Chaplin.  The cultural and social influence of the Popular Front was immense and led to the New Deal, women’s suffrage, the civil rights movement, and the rise of labor parties that created well-paid middle-class jobs out of working-class manufacturing work.

Part of PopFront’s mission concerns the merging of journalism, activism, culture and politics to build a contemporary Popular Front; as such, we are proud to offer a curated guide to activism and political events in the west coast.  Currently we are working on curating a list of events and groups in Northern California; later we hope to expand to SoCal, Portland and Seattle.

The Democratic Socialists of America (DSA) root their vision of socialism in the concept of democracy; specifically, extending democratic control to the economic sphere.  In their words: “We are activists committed to democracy as not simply one of our political values but our means of restructuring society. Our vision is of a society in which people have a real voice in the choices and relationships that affect the entirety of our lives. We call this vision democratic socialism — a vision of a more free, democratic and humane society.” Important theorists for DSA include Marx and Antonio Gramsci, the 20th-century Italian political theorist who originated ideas about cultural hegemony. Young Democratic Socialists (YDS) is the student and youth branch of DSA.

The DSA considers itself a socialist-feminist organization and involves itself in a plethora struggles that adhere to its social vision.  These include advocating for LGBTQ rights, civil liberties, environmental justice, anti-imperialism and anti-racist struggles.  As DSA is not a political party but rather a political organization, its members are often also members of other various parties—Greens, Peace & Freedom and even the Democratic Party.  DSA has a strong presence within the intellectual left in the United States; Professor Cornel West is an honorary chair, and other notable members include Michael Walzer, Frances Fox Piven, Michael Harrington and Barbara Ehrenreich.