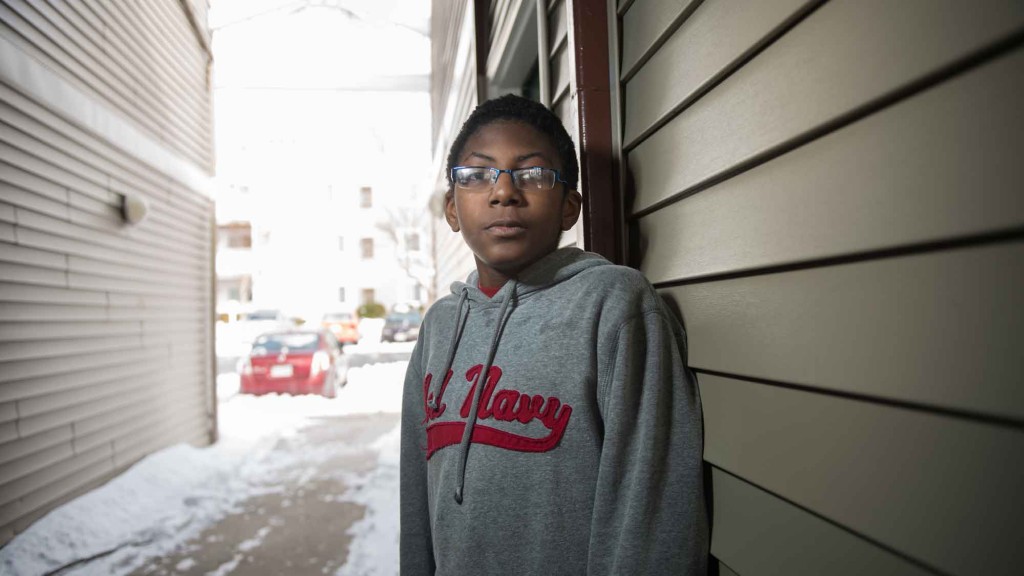 And Kayleb could’ve used the extra help, because he is autistic.

Autism, a developmental disorder that affects social and behavior development, often manifests itself in tantrums and meltdowns in times when an autistic person is overwhelmed. Kayleb’s teachers could have handled his tantrum via behavior management as part of an Individualized Education Program (IEP), but the school instead took legal action against him due to a fundamental misunderstanding of his actions and his disability. According to Kayleb’s mother, educators did nothing to help Kayleb when he was escorted out of school in handcuffs. And given that Virginia already has problems overreporting minority students to law enforcement, Kayleb’s disability makes his arrest all the more problematic because it seems there was no non-violent attempt to deal with Kayleb and no consideration of his disability when the officer overreacted to Kayleb’s actions.

Along with persons of color, people with disabilities and mental illness have a higher probability of facing police brutality. While restraint may sometimes be necessary if outbursts escalate, police often behave in a reactionary manner due to lack of knowledge. Some terrifying examples include a ten-year-old autistic boy handcuffed face-down on a police car, an eleven-year-old autistic girl tasered by an Oregon State Trooper, a bipolar girl killed by police in a police station, Los Angeles police shooting an unarmed autistic man, and police killing a twenty-six year-old man with Downs Syndrome in a movie theater. More examples can be found here, but as these events happen more frequently it highlights how police have no idea how to interact with people with mental illnesses or disabilities.

It all becomes worse when this particular victim is a person of color. America has a long history of associating people of color with crime, and disability and mental illness also are stigmatized leading to dangerous activity and personality. Ergo, disabled and mentally ill people of color face particularly harsh police interactions due to assumptions of innate malicious behaviors. Racial discrimination, and lack of knowledge of disability and mental health among police, collide in horrifying ways when dealing with a disabled or mentally ill person of color. In 2010 in Virginia, twenty-two year-old autistic man Neli Latson was waiting outside his local library, wearing a hooded sweatshirt, when a stranger called police and cited him as a “suspicious character.” Police arrived, and when Neli didn’t answer police request for a name, they restrained and arrested him without reading his Miranda Rights. He spent the next four years mostly in solitary confinement, and was kept on suicide watch due to inability to cope in isolation.

This isn’t to say that nothing is done addressing troubling interactions between police and those with disabilities. After tireless efforts from disability advocacy groups, Neli was pardoned in January 2015 and now resides in a Florida treatment facility where he receives appropriate and better support. The Los Angeles Police Department has developed a mental health unit to train police how to deal with the mentally ill and partnered with the Autism Society of Los Angeles to provide workshops with autistic youth on how to interact with police. Social media has created visibility for these cases and help them become better known. This has helped create a sense of activism to address police abuses against people with mental illness.

So what can be done for young Kayleb? Keep up with the development of Kayleb’s case. Sign and promote the Change.org petition calling for his pardon. Tweet Virginia governor Terry McAuliffe and Attorney General Mark Herring to review Kayleb’s case with the hashtag #JusticeforKayleb. Small actions like this keep the momentum going for Kayleb’s quest for justice (and in Neli’s case, led to pardon.) If we start talking about it, we can begin to fix how police interact with disabled minorities. We’ll keep you updated as his case progresses.

6 thoughts on “Policing Disability: Child Arrested for Being Autistic”