For many in Colombia, the election of Bogotá mayor Gustavo Petro represents a step forward for democracy and the fight against poverty. The former leader of the revolutionary-socialist guerrilla faction M-19, Petro’s policies in office have explicitly recognized class tensions in the city and work to transform them. For the city’s wealthy, however, the election of an extreme left-wing politician threatens Colombia’s newfound security—or at least that of its monied neighborhoods. A recent proposal to build affordable housing in a wealthy enclave, isolated in the north of Bogotá, reveals the class conflict that defines life in the city.

Class is a palpable issue in Bogotá. Beginning in the 1980’s, the city instituted a system of “estratos,” or economic strata akin to income brackets, intended to make basic services such as electricity, water and gas available on a progressive, six-tier pricing scale. These estratos, however, were designated by residential location rather than income, and a system once designed to help the poorest communities now has a ghettoizing effect, limiting access to support and reducing social mobility for low-income earners. Geographic mobility across estratos has slowed in recent decades as well, and access to credit is far lower for citizens in the bottom estratos than in the top. This bureaucratic system, in effect, continuously entrenches the city’s class divisions. 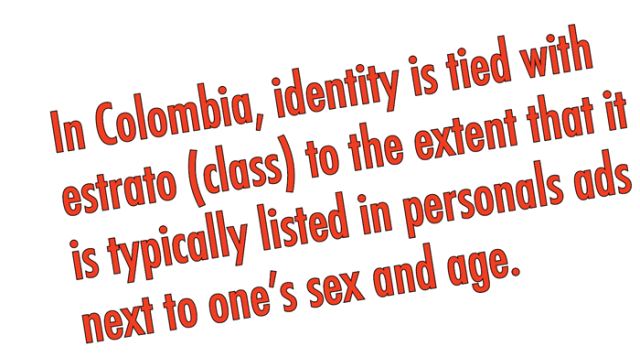 Beyond its material conditions, one’s estrato is deeply tied to one’s identity, informing Bogotanos’ behaviors and attitudes. In a recent interview with the BBC, Consuelo Uribe Mallarino, Professor of Sociology at the University of Javeriana, explains that identity is tied with estrato to the extent that it is typically listed in personals ads next to one’s sex and age. Uribe concludes that “while the law indicates that estrato is based on one’s residential location, it is understood that in practice it is the person who is stratified.” Ironically, economists have suggested that tying utilities rates to individuals (and their incomes) rather than neighborhoods would reduce some of the worst effects of these class divisions.

As mayor, Petro’s political platform has focused on diminishing the power of the estrato system not by eliminating it but by leveraging it toward social transformation. For instance, by decreasing the cost of public transportation and granting water bill discounts of almost 30% to Bogotá’s bottom estratos, Petro has substantially lowered the cost of living in underserved communities. The city’s GINI index, a measure of income inequality between 0 (perfect equality) and 1 (perfect inequality), demonstrates the scale of Petro’s success.

In 2002 Bogotá was one of the most unequal cities in the world with a GINI index of 0.58. (For comparison, Norway and Sweden—two highly egalitarian countries—each had indices of 0.25 at the time.) The following decade saw a steady deline in Bogotá’s index—indicating a reduction of income inequality—to 0.52 in 2011, yet Petro’s first year in office accelerated the trend.

By the end of 2012, the city’s GINI index was just 0.49. One year saw a reduction of inequality with the same magnitude as the previous five combined.  For many inside of Colombia and out, Petro’s election represented a commitment to democratic social transformation, and the hope for Colombia to join in the expanding influence of leftist ideology sweeping Latin America since the mid 1990s, also known as the Latin American “Pink Tide”.

Yet, however substantial the mayor’s progressive victories may be, they lack the support of the city’s wealthy—the top estratos—who resist the social transformation Petro promotes. In particular, Petro’s housing policies have become a focal point for his critics.

Recent years have seen housing emerge as a critically important issue for the city of more than 9 million, which is currently experiencing gentrification, rural expansion and massive slum populations. In response to this growing need, Petro promised during his first year to create subsidized Priority Interest Houses (VIP) for the lowest estratos. Now in his last year in office, Petro has offered a housing proposal  that plays heavily on the class issue and has put many wealthy Bogotanos up in arms. 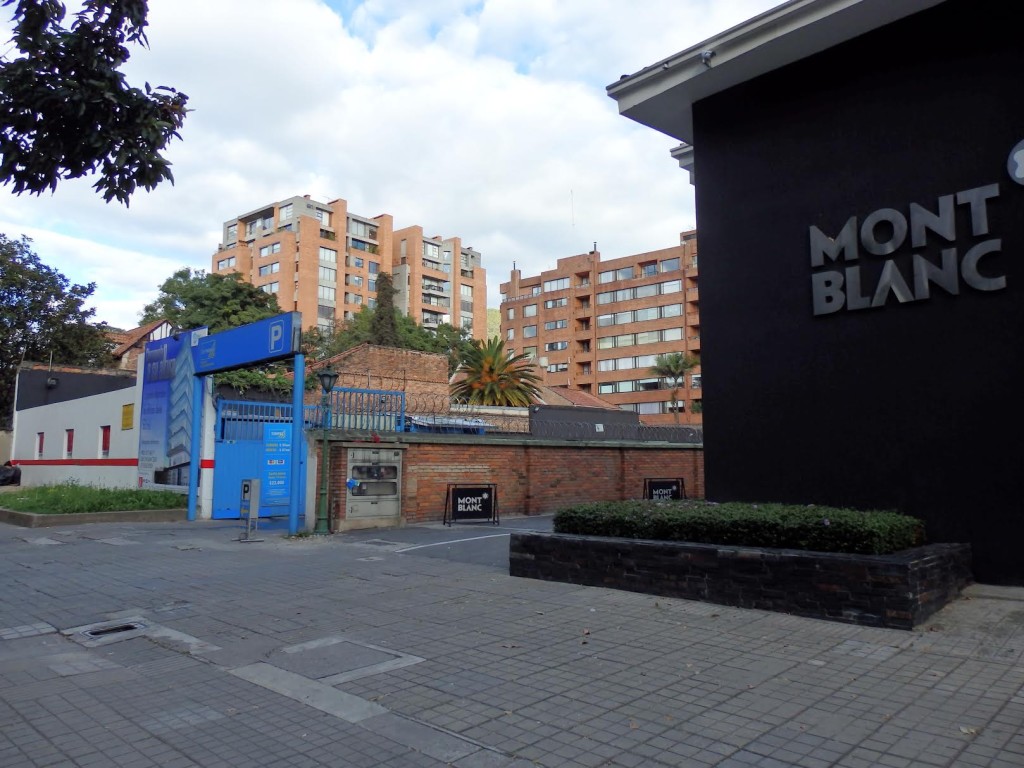 The housing would be constructed on current parking lots owned by the state, and will include underground parking as well as commercial zones intended to be run by some of the conflict victims living in the units. Image courtesy the author.

The proposal is to build 372 VIP housing units throughout Estrato 6, the highest income sector of the city, giving priority to victims of Colombia’s decades-long narcoterrorism conflict and especially families led by single mothers. Petro claims that housing the poorest people in the wealthiest neighborhoods will democratize the city and fundamentally change the estrato system.

However, Bogotanos from upper estratos disagree with Petro and believe that the policy is an example of his “class warfare” politics to gain popularity with the left. Carmenza Saldías, who served as housing secretary under Mayor Antanas Mockus in the 1990s, expressed that the policy is poorly planned because it does not consider the needs of all stakeholders—including the very refugee families it aims to serve—and that it is simply an opportunity to “disturb the bee’s nest.” 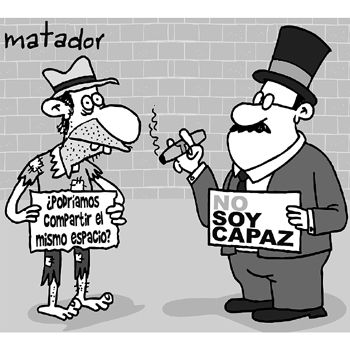 A cartoon featured in El Tiempo plays on the “Soy Capaz” campaign, which means “I am able to”, intended to promote peace in Colombia and show support for the ongoing talks between the government and the FARC. The signs read: “Could we share the same space?” “I am unable to.”

Other practical concerns about the plan include the ability of Estrato 1 families to afford the cost of living in Estrato 6, and the opportunity cost inherent in building fewer affordable units in an expensive real estate market. Yet the expression of these concerns, in newspaper editorials and elsewhere, reflects a NIMBY (not-in-my-backyard) sentiment that is resentful of the presence of the lower estratos. Isabel Arteaga, Professor of Architecture at the University of Los Andes, believes that this housing proposal will inflame prejudice against the poor by placing them in “adverse conditions not only economically, but also culturally,” referring to the stigma associated with being from a low estrato.

On the other side of the table are those who support the plan, such as Édgar Cataño, director of UN-HABITAT Colombia, who believes that it will help to reduce “social segregation,” prevent the creation of ghettos, and provide more opportunities to the poor. And there appear to be many who agree with him: Petro’s general approval rating increased seven points in the last year from 42% to 49%.

Rather than dismantling the estrato system, Petro seems to have embraced it as a tool of social engineering. In a sense, the city of Bogotá has become an experiment in political-economy: can its system of explicit class designation be leveraged toward social equality? The roadmap Petro has laid out for subsidized housing suggests that even if the answer is yes, political and cultural conflict will be necessary steps along the way.

Petro’s class-integration policies stir up a deeply ingrained fear of social unrest that perpetuates class divisions, and his heavy handed governing style provokes those who have found stability where corruption and violence once reigned. This prevalent mentality cannot be understated as a powerful barrier in the struggle to diminish the class divide in Bogotá. The social transformation that Petro hopes for may be precisely what the city—and the country—needs.

One thought on “The Way Out is Through: Class Conflict in Bogota”