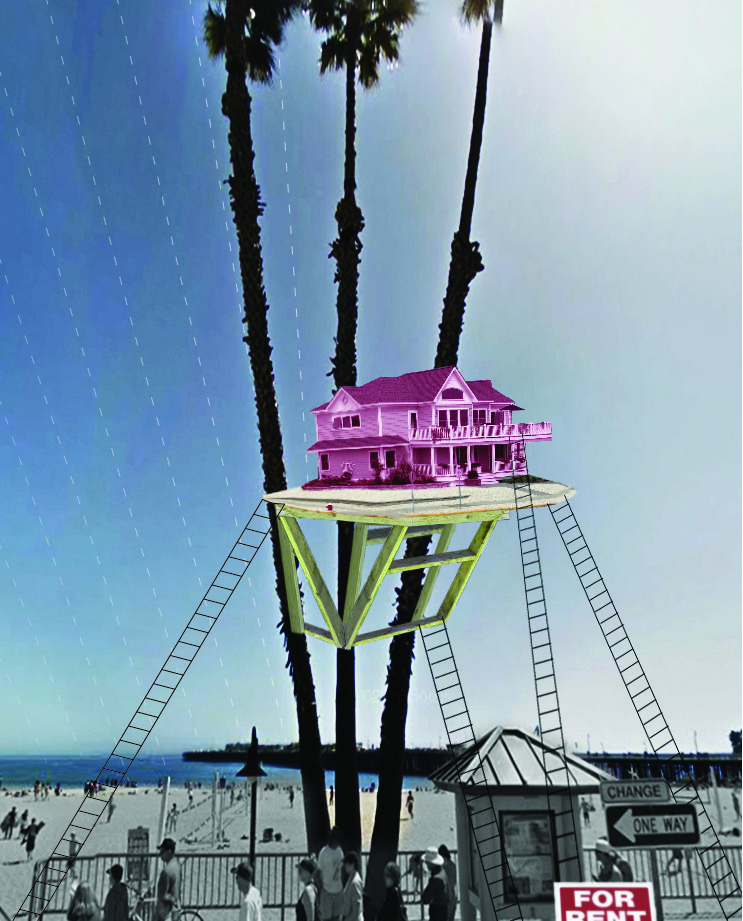 Santa Cruz County has taken quite a bruising in terms of housing costs. Despite being an ill-advised commute to Silicon Valley and having a much more working-class constituency, Santa Cruz County is the fifth most expensive in the US for renters. This is even more remarkable considering that the southern parts of the county are primarily farmland, that at least 20,000 residents are university and community college students, and that there are few high-paying industries besides higher education.

Hence, there’s a deep question as to why housing is so expensive in Santa Cruz. One theory touted is that despite the more working-class constituency, housing is subject to inelastic demand. Since shelter is a requirement to merely survive, demand for it is divorced from market price changes. Yet “inelastic demand” feels like a free-market euphemism. Landlords do not have to explicitly collude, but know that they will be paid when they raise rents. Working people have no choice but to pay them—or, as both students and farmworkers often do, live 2 or even 3 to a bedroom.

Housing, unlike tea, pineapples or manicures, is not an optional expense, nor a commodity. Yet it is treated as such by investors and financiers. It is not recognized as a right. The need for housing can mean life or death, shelter or homelessness, for many people. So it is unsurprising that renters have strong feelings. But, how can renters, the large majority of us, fight back against a system that tells us housing is not a right?

One piece of evidence that the housing kettle has boiled over? Craigslist.

In late July, a flurry of renters posted Craigslist housing ads mocking landlords and slumlords for their greed. 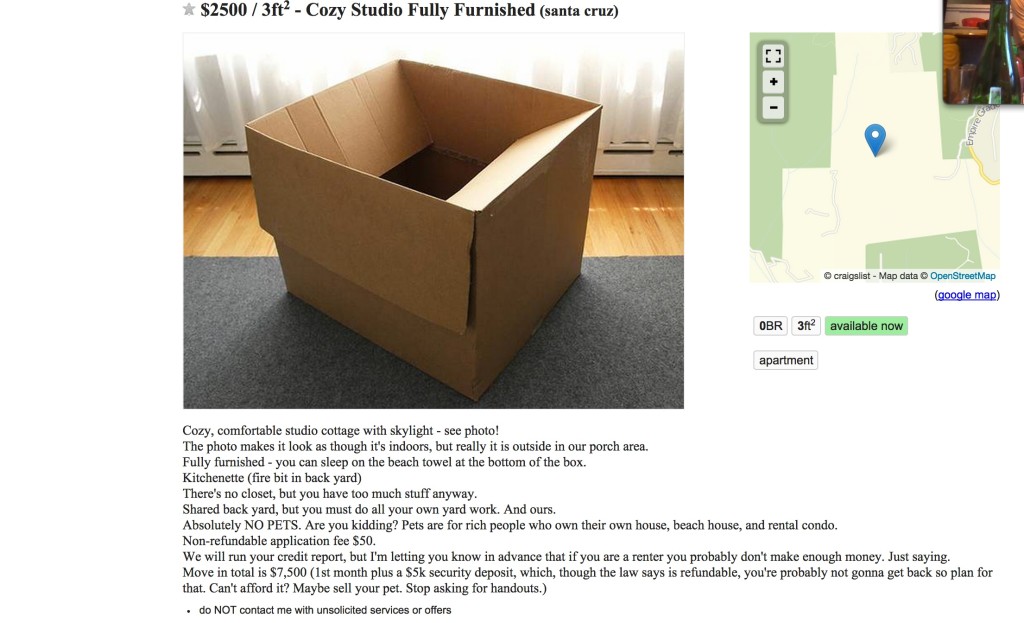 Fake posts included ads for dollhouses, cardboard boxes and moldy shacks, along with tirades against landlords.

Hardly in vain, the angry posts culminated with organization: out of the resistance, community members proposed forming the Santa Cruz Rental Crisis Coalition, which held its first meeting on July 12.

The Coalition’s objectives run the gamut of tenants’ rights, from affordable housing to enforcement of county codes regarding health and safety of rental units. At bottom, their goal is the decent treatment of tenants by landlords in Santa Cruz — without putting an undue burden on the landlords and their housing stock. One of the organizers, Summer Finley, described their priorities saying, ““The point of this group is to find a solution for all parties.”

It seems like a good progressive step, though one wonders if renters might go farther. Rather than work with landlords, it would be more disruptive to see an organized group recognizing that private property is a myth, housing is a right, and proposing to nationalize county housing stock.

Still, it is but one small step towards breaking the mythos that landlords are doing renters a “favor,” rather than exploiting them. As Noam Chomsky is fond of pointing out, if you’re a wage slave paying most of your income to housing and food, the situation you are in is little different from chattel slavery.