Luckily, my savvy new housemate was down with the local dumpster cornucopia; an excess that beggared belief. The first time we made the twenty-minute drive down to Trader Joe’s there were, among other delights to be mined from the large green skip, sixteen shopping cart-loads of bread crammed in behind the not-so-well locked gates. One white-haired scavenger came equipped with a grabber stick to cleanly pick a feast that he said would feed six people. A bicycle ride past the luxury food store on my way home would produce pounds of mushrooms, organic mangoes, peaches and nectarines, plus more, all to be stuffed into my sagging panniers.That summer I made lime marmalade and tomato chutney from the spoils.

Wal-mart, around the corner from Trader Joe’s in this shopping megaplex, housed several more dumpstarians in its parking lot, living there in their vehicles in accordance with company policy on public parking. I wonder if these tarmac squatters have been moved on now as part of the recent Silicon Valley homeless purge? At least they had their cars to move along in, unlike others I had seen; a woman seated at the cafe adjoining the Apple Store in Palo Alto, bald and penniless from her cancer treatment. 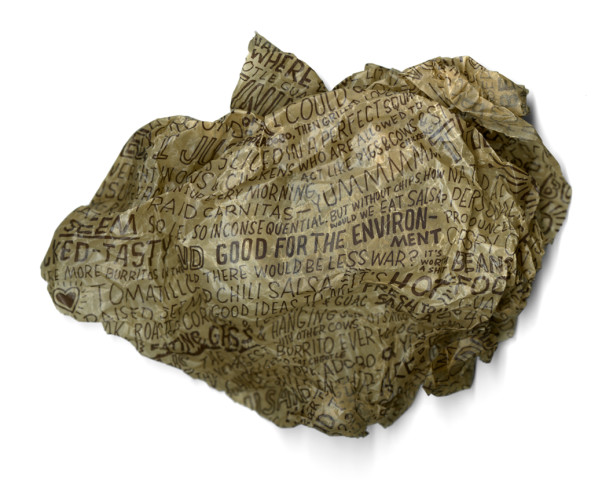 At the end of my studies, as I organized for my own road trip relocation—celebrating the end of the oil age in my 1985 six cylinder BMW—I stumbled across this gloriously dystopian post:

Today in 2009 the economic picture for many Americans has not been worse since the great depression. I know people in their 60′s and 70′s who have told me “I have never seen things so bad”. Nevertheless, the following post may help you to get back on your feet. Depending on your ingenuity you may not only survive, but thrive…

Discard whatever you must including your spouse if your situation calls for it, but DO keep a working vehicle!

The implication: Don’t waste your life. Maintain the drive. Hold onto your car! Or perhaps that should read “Don’t become waste!,” that toxic place at the bottom of the pile whom The Dream holds in sway to a pitiful wage; swept out of sight and mind like the leaves motor blown from every spotless lawn at the Stanford education resort and surrounding suburbs. Mess—human or environmental—is not welcome in this perfectly engineered vision where the state of nature is, in fact, of roads and gasoline and virtue is accrued in dollars to dispose of.

—
All images courtesy the author.

One thought on “The Drive and Dump of the American Dream: An Alien Ethnography”