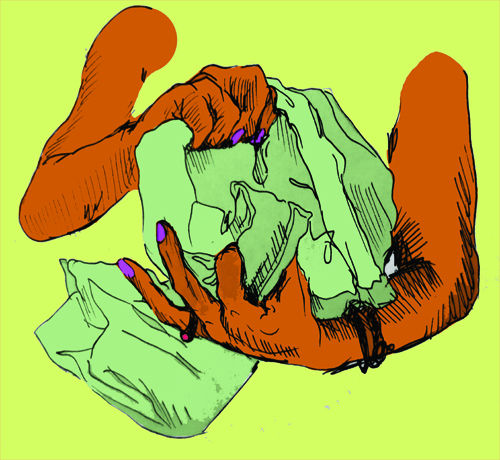 The concept of such an object’s value, ensconced as it is within the artificial structures of  production and consumption that gird the tenuous constructs of the capitalist economy, is necessarily divorced from the reality of its utility.  Rather, the value assigned stems from a collective illusion, internally generated and externally sustained, of the worth of that object’s possession.  Such worth is illusory because the desire to own an object is preceded by the desire to acquire the object.  In other words, the desire to have obscures the more pressing desire to shop.

Yet this ritual of acquisition is not without its guide.  Enter the salesperson, shamanistic keeper of the rites of the register, the mystic of the mall who creates desires as quickly as he satisfies them, weaving tales of value into compelling tapestries of need. Though acting in this way as a critical intermediary in the transfer of goods from producer to consumer, the salesperson is often neglected in critical discourse on political economy. This omission could be attributed to what one might at first consider the negligible importance of a figure who can lay claim to neither commodity nor currency at the point of their exchange. For though Marx’s appellation of “the guardian” of the commodity seems an apt description of the grinning visage behind the counter, the characterization of this same figure as representative or owner of such commodities assumes an undue level of identification with the products on offer.

Having spent two years clicking my own aching heels across the aforementioned luxury retailer’s marble floors, I can recognize the contours of my features in that vacuous, upturned mouth. I hear too the echoes of my voice uttering such atrocious phrases as “Are you finding everything OK?” or “Isn’t that jacket just fabulous?” Though as willing as I was to offer help in “finding everything,” or as “fabulous” as I might have actually believed that jacket to be, my relationship with these goods was limited by the very nature of my position within the retailer that charged me with the responsibility of selling them. More specifically, as an employee of this retailer, the items I offered to the customer did not belong to me, but to the faceless corporate entity otherwise known as Barneys New York. Neither did I have any relationship with the means of production associated with these items, in spite of what one might think given how convincingly I would deliver such informed statements of origin as “straight from Paris!” For however skillfully I would embellish my sales pitch with the florid phraseology of couture construction, the nimble, pin-pricked hands to which I was referring surely hadn’t ever met my own, my knowledge of the garments to which I would attribute their labor never extending beyond the lifeless, marginally informed narratives I spun to sell them. 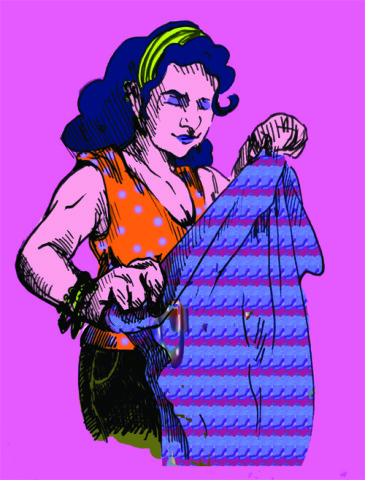 Without such a bond to producer or product, employer or consumer, the retail salesforce of which I once counted myself a member is fundamentally alienated as a labor class. In this sense of alienation, both created and sustained by the conditions of their employment, one hears echoes of Guy Debord in his feverish 1967 critique of the nascent dominance of consumer culture, The Society of the Spectacle. As he explains, “The spectacle was born from the world’s loss of unity, and the immense expansion of the modern spectacle reveals the enormity of this loss. The abstractifying of all individual labor and the general abstractness of what is produced are perfectly reflected in the spectacle, whose manner of being concrete is precisely abstraction.” The work of the salesperson is in direct service of the “abstractifying” mechanisms of production and consumption that constitute in part the “spectacle” to which Debord refers. Considered in this light, then, the salesperson is not so much the guardian of the commodity as the guardian of the spectacle.

Holding forth as chief story-teller and grand illusionist at the helm of the spectacle’s promulgation, the salesperson plays an integral role in the reification of value and, by extension, the justification of consumption. Both of these acts are predicated on the dissemination of ideas that reinforce the need to acquire and own objects, regardless of those objects’ capacity to sustain survival. This argument is especially relevant to the fashion industry, as a justifiable need for a wardrobe of designer garments, seasonally renewed, is by and large nonexistent. The work of the salesperson, then, is to conflate desire with need to the extent that the two become indistinguishable. This desire owes itself as much to commodity fetishism as to the fragile self-worth of the fetishist. While working at Barneys, I would prey on such fragility, promising luck in love in exchange for a $3,500 Alaïa dress and success in career for a $1,700 Stella McCartney tailored jacket. For within the spectacle of the store, appearance is reality, and each renewed appearance in the fitting room’s mirror reflects a potentially renewed reality.

Yet what then becomes of the salesperson, whose sole occupation is to stoke the embers of an illusory need? If the need is recognized as such, what follows is an unavoidable confrontation with the nature of the profession as exploitative of both laborer and consumer. The circumvention of this ethical quandary necessitates the active complicity of both parties. The salesperson continues to espouse the need to consume, and the shopper continues to indulge it. What’s more troubling, though, is that this mutually sustained interaction embeds the false edicts of consumerism in salesperson and shopper alike. This is to say that the sales pitch, initially conceived as a means to an end, begins to gain the traction of truth. It is in this way that I not only began to believe in the dream-realizing powers of the latest arrivals from the Parisian ateliers, but also in the necessity of spending more than I paid for three month’s rent to acquire them. My conversion complete, the spectacle became my reality. And in consenting to perform in the perpetuation of it, I was doing a disservice not only to those it’s display ensnared, but most of all to myself.

The Balenciaga Dress now resides at Wasteland in San Francisco, CA. It is slightly worn, most noticeably in the underarms, where the yellowed vestige of the hours spent desperately grasping at the coattails of a socially conceived notion of success casts a shadow that can be neither ignored nor removed, not even by OxyClean. It was originally priced at $350 but can now be purchased for $175, plus tax.