Companies like Spotify have promised to “create real value for the music industry” and to support artists and creators, but if the path to cultural democracy is anything like their pay-per-stream rates, we’re only .0084% there.* 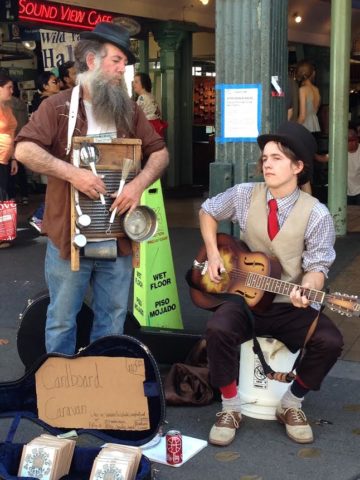 In her book “The People’s Platform: Taking Back Power and Culture in the Digital Age”, Astra Taylor challenges cyber-utopian notions of the emancipatory power of the Internet to democratize culture, music, art, and film. Certainly, the openness of the Internet gives artists and creators the tools to produce and distribute their work in a DIY fashion. Yet the laissez-faire nature of the net can also magnify the persisting inegalitarian features of the creative economy.

Openness alone does not provide the blueprint for a more equitable social order, in part because the ‘freedom’ promoted by the tech community almost always turns out to be of the Darwinian variety.

Rather than realizing cultural democracy—a social model that suggests the rights of authors and profuse access to culture should be negotiated between artists and their audiences—many creators are subjected to economic arrangements the resemble “digital sharecropping,” in which artists and creators give up fair compensation for their creative labor in return for access to production and distribution networks. Instead of record labels as middlemen, Spotify and iTunes now monopolize the distribution networks for music sharing. The benefits of this arrangement for artists have been underwhelming. At the same time, practical alternatives for the current business model of the music industry have been elusive. Even streaming services like Tidal, which claim to pay more to artists per stream still only pay .007 cents per stream.

A shallow movement for free culture has long existed—it garnered attention recently in the wake of activist Aaron Swartz’s effort to “liberate” academic journal articles from JSTOR, a closed digital library. Making culture and knowledge more accessible is a noble goal, but as Taylor keenly observes, free culture incurs hidden costs; namely, that creators have less incentive to produce art, music, and literature. Obviously, raking in obscene amounts of money isn’t the primary motivation of most artists and creators, but a modest income at least helps artists and creators sustain a life doing what they love. Isn’t that modicum of fulfillment what most of us are chasing anyway?

Yet many artists, under considerable financial duress are faced with the reality of watching their dreams evaporate, having to take up a full-time or part-time job doing something less satisfying and confronting the notion that they may have to do what they truly love, creative work, as a “hobby” or “passion project”—giving up the dream to pay rent. Some artists are literally leaving one gig economy for another gig economy.

On its website, Uber touts the creation of UberARTIST; “a campaign to celebrate Uber driver-partners…who are pursuing their passions as artists and entertainers.” Beyond the fact that time spent driving strangers around town for supplemental income takes valuable time away from the creative process, working as an Uber driver doesn’t really pay all that well either. In what economists deem the “gig economy”, an economy where employees are classified as independent contractors. Working as an independent contractor often involves a trade-off between benefits and job security for autonomy and scheduling flexibility. The flexibility of being an independent contractor can be a nice luxury for working musicians and artists, but without health insurance or a stable, predictable income, those juggling part-time work and creative work still find themselves in an acutely vulnerable position because the lack of alternatives could be the end of their wage earning and creative endeavors.

In light of the challenges faced by musicians, artists and creators, Megan Brown, a labor geography graduate student at University of Washington, recently prepared a report for the Fair Trade Music Project of the Musicians’ Association of Seattle. Seattle has a vibrant music history and today boasts a thriving music industry. Yet, despite significant industry growth in the past 7 years, musicians have accrued relatively few of the benefits of this growth. In a survey of 124 working musicians in Seattle, Brown found that musicians “are subject to mistreatment in their working lives, uncertainty about the kinds of work agreements they make, and overall poor compensation.” While the typical musician surveyed earns more than half of their income through music, the average amount of annual music-related income was just $15,000.

Beyond meager pay, many of the musicians surveyed had suffered various forms of mistreatment and exploitation. For example, 65.7% of respondents “reported receiving less for a job than previously agreed, and 44.4% were paid for fewer hours than they had worked.” This is emblematic of a larger problem with the gig economy: the lack of collective bargaining rights for independent contractors, insecure scheduling, and inconsistent contractual arrangements.

In large part, unions would help musicians and other artists negotiate better wages and working conditions. According to the Bureau of Labor Statistics, rates of unionization in the arts, entertainment, and recreation industry, which includes music, is a modest 6.4%, compared to an overall national rate of 11.3%. Perhaps the lack of union representation for musicians and artists is indicative of a bigger problem on the Left: weak coalition building between labor and the creative industry.

Michelle Chen, in an article about the unionization, attempts of Gawker staff and the history of labor and the creative industry, notes that in the 1930s, the Popular Front mobilized artists and writers as a media proletariat, which integrated the concepts of social democracy and labor radicalism into their creative work. At the same time, screenwriters, studio musicians, animators, etc. began a massive unionization effort coupled with widespread political action. Seattle musicians could enjoy more leverage in negotiating standards of compensation and basic work rules by following the efforts of Gawker and The Huffington Post and organizing a union.

Musicians in Seattle may also consider developing a website like WordRates. WordRates allows journalists, writers, and photographers to “share information about the publishing industry and to rate their working relationships.” They call their service to a “Yelp for journalists.” Wordrates empowers users to force transparency and gives writers leverage in negotiating contracts. In theory, musicians could post reviews of venues and streaming services to discuss fair pay, contracts, grievances, etc. It could force venues to be more transparent and to standardize practices, making it easier for musicians to do business.

Ultimately, Taylor thinks artists and musicians shouldn’t have to choose between love and money. “Fruits of creative effort exist to be shared. The challenge is how to support this kind of work in a market-based society.” She concludes, “If we want to see the fruits of technological innovation widely shared, it will require conscious effort and political struggle.” Unionization and better industry-wide information sharing do not guarantee a better working future for musicians in Seattle or for creative industry professionals at large, but it might be a good starting place to build a movement for cultural democracy; one that champions openness, egalitarianism, sustainability, and broad participation.