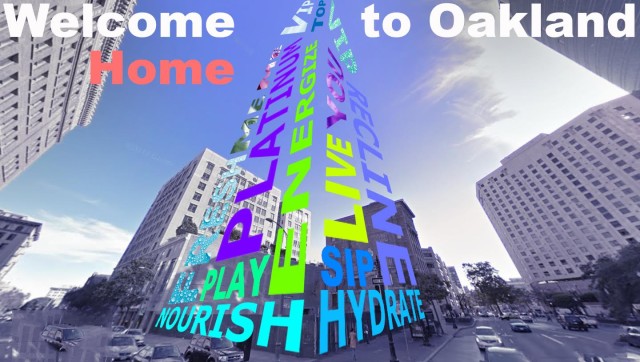 Yet many Bay Area activists have called for SFBARF’s head, claiming that they’re a “faux-grassroots” group that only encourages developers, and poses as progressive. Is there any basis to that claim?

SFBARF’s guiding logic does seem a bit specious, even without a thorough economic analysis. Why not just build affordable housing, if it’s so needed? Why must we capitulate to the rich, and their whims, rather than the much-larger working- and middle-classes? There’s a deep cynicism at the root of SFBARF: the notion that we can’t actually create affordable housing or address social needs through our democracy. Better to let the rich do as they wish, encourage them even, and let the dregs trickle down to the masses.

It’s an economic philosophy that traps us in believing popular urban planning is impossible. Oakland has high unemployment, high underemployment, and high rates of homelessness; why not just hire our own residents to build affordable housing? It is a sign of the cultural victory of bankers and capitalists, who have successfully convinced us that a return to a New Deal-style social model is impossible, rather than a matter of political will.

But back to SFBARF. Even if we accept that we cannot enact the will of the people, that democracy must cede to the whims of the rich forever, is there any truth in the notion that building more housing for rich people reduces pressure on housing for everyone else?

Actually, no. Not at all.

Why? It’s because every wealthy condo-buyer who moves to the Bay Area requires a small army of service laborers to support them. A San Francisco Planning Commission study concluded that

For every 100 market rate condominium units there are 25.0 lower income households generated through the direct impact of the consumption of the condominium buyers and a total of 43.31 households if total direct, indirect, and induced impacts are counted in the analysis.

In other words, if you build 100 condos at “market rate”—which in this housing market puts them out of the hands of anyone but the very wealthy—it creates a demand for the labor and services of 43.31 households. Not 43.31 people, not 43.31 individual workers—but 43.31 households. Building high-end condos actually increases demand for the dwindling stock of housing at the low end. Their luxury is our misery, our struggle just to keep a roof over our heads.
In other words, supply-side economics—the idea that the free market, left to its own aims, will alleviate the housing crisis—is bullshit. If SFBARF wants to encourage developers to build condos, let them. But it would take building 43.31 below-market rate units just to keep the housing crisis at its current level. And given that there are 36 apartments for every 100 poor families in San Francisco, if we’re serious about alleviating the crisis we should demand developers build a substantially higher fraction of affordable units—say, 100%.