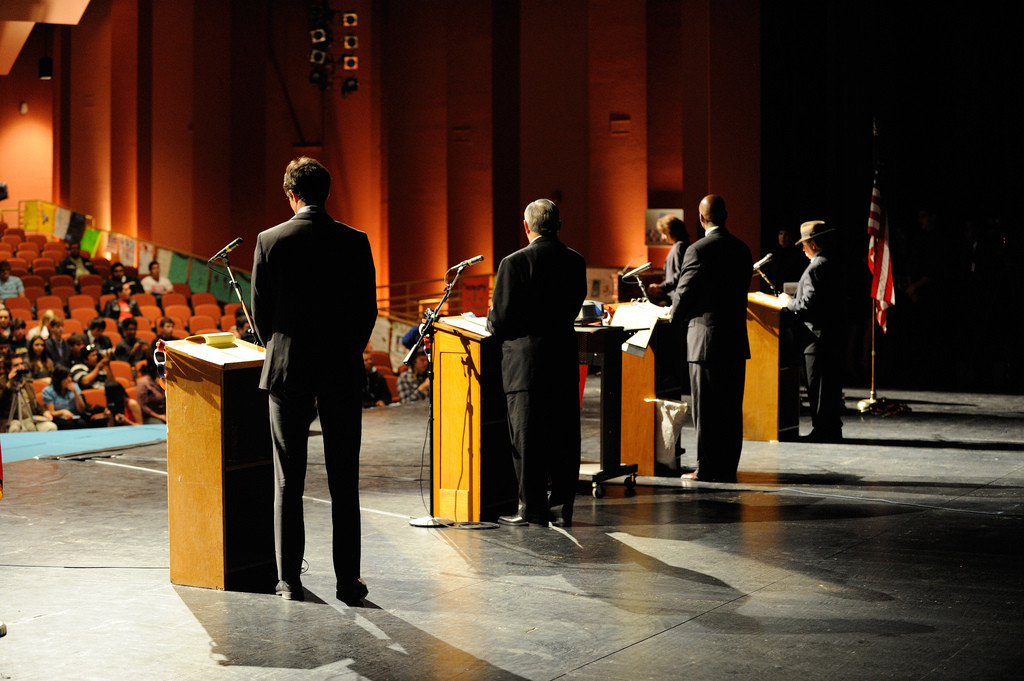 In both cases, the characters gain their social and political power through their actions, rather than the legacies left to them by their parents or the class boundaries inherent in capitalism. Frank Underwood’s father was an abusive alcoholic, but he overcame; Olivia’s mother died when she was young, and her father was manipulative and controlling, but she overcame. In overcoming, both characters choose success over morality. House of Card’s Frank Underwood knows that he can lead the United States better than Garrett Walker, the man he helped get elected, so he resorts to extreme measures and careful gambles throughout season two to ensure his place as Walker’s replacement. Scandal’s Olivia knows that Fitz is the man that America needs as president, so she rigs voting machines to ensure his place in the election.

Both subvert democracy in favor of that rugged individualism which characterizes American Liberalism, and each show justifies this in its own way: In season three of House of Cards, Frank Underwood uses his new position as president to establish the America Works program, the largest government jobs bill since FDR’s New Deal. America Works (AmWorks) would create more jobs than people to fill them, giving American individuals the opportunity to make a living wage; as a tradeoff, it would be paid for by gutting entitlement programs such as Social Security, Medicare, and Medicaid. This third season plotline muddies the clarity of Underwood’s motivation throughout the series. If the first season were motivated primarily by revenge—against the sitting president, who had snubbed Underwood after promising a Cabinet position in return for political support—the second season reveals the scope of Underwood’s ambition as he rises to the presidency through dishonest and illicit means. The AmWorks bill that motivates most of the third season, then, stands out as a particularly un-Underwood project. It is not pursued in his quest for power or respect. He still uses the clever, ruthless means that he has in the past, but since his motivation is so vague, his edge is stripped. He becomes more human than he has been since his embarrassing debate with a Teacher’s Union leader in the first season.

Despite Underwood’s AmWorks bill eventually dying in Congress, the writers use it to temper Underwood’s Machiavellian scheming for their millennial audience. During the Great Recession of 2007–2009, more Americans were unemployed for longer than any time since the Great Depression. Overeducated, underemployed, and saddled with debt, Millennials as a group were disproportionately affected by this economic downturn. Underwood’s plan is a reasonable Keynesian solution to this problem facing young workers: eliminate unemployment and save the economy. While this would not fix the problems inherent in capitalism, it would offer opportunities to young workers where none currently exist. Even if the American audience is no longer on the side of Frank Underwood, they are meant to applaud his jobs plan.

Fitz Grant is not as ambitious or calculating as Frank Underwood. In fact, throughout Scandal Fitz regrets becoming president several times, as his position denies him the opportunity to pursue his passions. The writers portray him as more human than both Underwood, and the other politicians of the Scandal universe. Fitz isn’t perfect, but he’s a better president than religious zealot and murderer Sally Langston, war profiteer and murderer Andrew Nichols, and democratic rival and murderer Samuel Reston. The fact that Fitz was not elected by the American public is justified in context, because he is the least evil of the bunch. 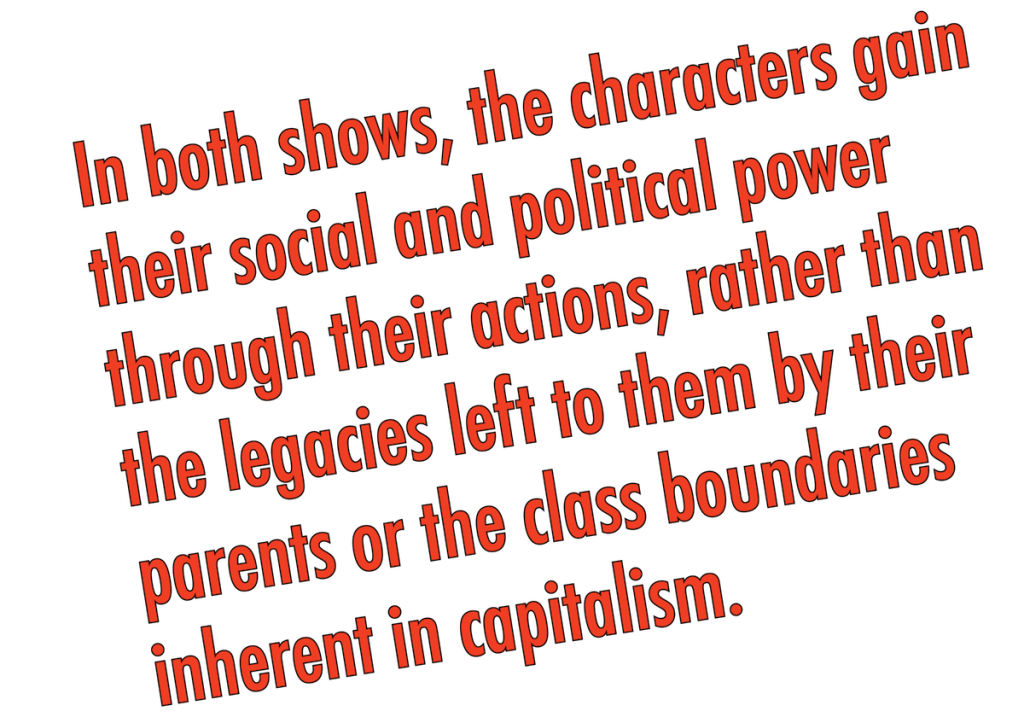 The writers of each show take pains to ensure that the characters’ anti-democratic motivations are legible and identifiable for the viewer. We witness Underwood and Pope both subvert the democratic ideals that the office of the president is ostensibly built on. But the conventions of narrative transform these characters into heroes, fighting toward ends the audience is encouraged to desire. Even at her darkest, Olivia Pope is fighting for a strong Republic built around the right president. Despite his ruthlessness, Underwood’s campaign for full employment becomes redemptive, to a degree. Other rise-to-power stories feature such antiheroes, including Tony Soprano, Walter White, and Don Draper, who spend significant times throughout their stories earning or seeking redemption for past sins. Even when these protagonists act like villains, their positions encourage us to forgive them. In this sense, the Horatio Alger archetype reinforces liberalism through narrative operations, perpetually rewriting atrocity.

This tendency expands outside of fiction, towards politicized fictions of history. As James Loewen points out in Lies My Teacher Told Me, American history textbooks “have turned history upside down” in regards to the Native American narrative. Textbook writers often cast the Native Americans as aggressors, and white aggressors as peaceful “settlers.” Our movies and novels follow suit, making Native Americans savage and brutal, raping, scalping, and pillaging settlements. This is despite the fact that it was the Europeans who commonly attacked Native American tribes, raping, scalping, and pillaging. Until the civil rights movement, textbooks sympathized with slavers, presenting slavery as an ideal social structure, akin to Margaret Mitchell’s Gone with the Wind. Textbooks still gloss over the injustices that America visited upon Japanese Americans during World War II, justifying them against the backdrop of Pearl Harbor. White America becomes the protagonist that rose to power against all of the adversities and adversaries along the way by being more clever and ruthless. History is narrativized so that White America is the Horatio Alger archetype, and our fiction reflects this image of ourselves.

So, in 2002, when President George W. Bush told America that we were going to war in Iraq, American media justified his actions. And when American Sniper was released last December, it practically begged audiences to see how the War in Iraq was justified by September 11th. In March, recently declassified CIA documents revealed that Bush’s pretext for the Iraq War was false. Still, I have no doubt that there are many who claim that Bush acted immorally for the greater good, just as Frank Underwood does, just as Olivia Pope does. They will justify Bush’s actions because that it what our political fictions ask them to do: to consent, especially when their protagonist is morally repugnant.